Woodsman with a troubled past

Flaws
Dark Secret: killed her father when she was young.
Anchored to the Forest
Continence
(lost when he became a covenant employee after Fall of 1222)
(lost as result of faerie adventure in Summer 1228)

Wilhelm der Förster (the Forester) is, in truth, Wilhelma Hiltprantin, a girl who practically grew up in the forest along with her father and a couple of brothers. One evening, as the ten-year-old girl was returning from her hunt/tracking/hanging out in the woods, she caught her father in the arms of another woman. Over the next few weeks, she would learn that this was nothing out of the ordinary…and that her mother had no clue that Hiltprant was about as unfaithful as they come. The anger grew in young Wilhelma until, finally, her father met with a hunting “accident”. Wilhelma swore up and down to the Vogt that she had no idea her father was where he was, and that it was sheer misfortune that she missed the deer she was shooting at and that the arrow found her father’s throat instead.

Although the Vogt had his suspicions, he couldn’t bring himself to believe that this ten-year-old girl would be capable of cold-blooded murder, and he let her go. Not long after, Wilhelma cut her hair short, stole her brothers’ clothes, and took off for somewhere else. Now calling herself “Wilhelm” and living as a boy, he was able to live off the land for a couple of years. Her second winter in the wilds was especially harsh, however. Faced with starvation and possibly freezing to death, she sought shelter in what turned out to be Durenmar’s Charter House. He found a kindred spirit in Silviatos, who was as devoted to preserving the wilds and protecting the forest as Wilhelm is.

It took a while for Silviatos to discover that Wilhelm is actually a woman, and the magus knows that there is a dark secret in his past (from the way that Wilhelm is skittish around strangers, always keeps an eye on anyone he doesn’t know, and that there are some things that the hunter won’t discuss…like his childhood).

(Note: the Wanderer Social Status was chosen to reflect the fact that, although Wilhelm may have a shack in a covenant, he doesn’t consider himself a part of the covenant and prefers to live apart from the covenant, and what loyalty he has is to an individual magus, or companion or grog, and not to the covenant.)

In the fall of 1221, his shack was destroyed in the flooding that devastated parts of the surrounding area, and he was spent the rest of the year and into the next spring as a reluctant guest of the covenant. 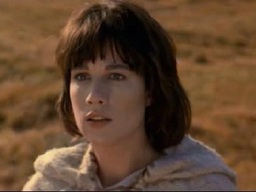